Slow Transition for a Big Change to Chip Card Processing 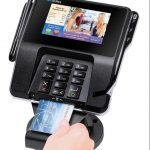 Most companies now have chip card readers, but some have been slow to implement the new technology. The United States began accepting chips on credit cards on October 1st, 2015. This also made merchants responsible for fraudulent charges made at their establishment if they did not have working chip readers. Financial institutions also became liable for fraud if they did not provide their customers with chips. The U.S. adopted this technology after many data breaches and credit card crime, as Europe had already begun in the 90’s. What is causing the slow implementation? Slate.com gives us insight on the slow process and steps into these new cards.

Soon enough, all businesses will be utilizing the chip card reader as every consumer will have brand new chip cards. Swiping will be a thing of the past, in hopes of cutting down on data breeches and fraudulent charges.

For questions regarding POS systems, and to find the right POS system for you, visit our website or call us toll free at 1-877-580-9687.

Running a restaurant is difficult in the best of times. After the past couple of years, restaurant owners and managers are under more pressure than ever. But your point of sale …

Toshiba recently unveiled an innovative new addition to its lineup of self-service point of sale solutions. Designed for the retail environment, the Pro-X Hybrid Kiosk offers an …

What Should Retailers Keep in the Post-Pandemic Era?

As in most industries, there is no “back to normal” for retail after the pandemic. Customer behaviors and expectations have changed significantly over the last 18 months, …